Why Motorcycle Clubs Are Not Gangs

There has been a one-sided war going on between law enforcement and motorcycle clubs for many years. This war is not a literal physical conflict in the traditional sense, but rather a war of words most often played out in the media and courtrooms across America. A war over public perception. And there is no better example than government authorities and the media applying the term “gang” to vilify and persecute motorcycle clubs and their members.

The National Council of Clubs (NCOC), representing the interests of motorcycle clubs and thousands of their members nationwide, is adamantly opposed to using the term “gang” to describe motorcycle clubs. The NCOC requests that media outlets and public oﬃcials immediately discontinue the practice.

The term “gang” in the legislative or legal arena has a much more specific definition than in media circles and even law enforcement. In the legal context, the Due Process Clause and the 1st Amendment require that an individual be directly connected to criminal activity of the alleged gang before they are considered a gang member. This is a more stringent standard than the mere “membership in an organization” standard that the media uses for reporting and that law enforcement uses for inclusion into a gang database, for example.

In fact, when prosecuting a member of an alleged gang, evidence of criminal wrongdoing by other members of an organization that don’t involve the defendant are properly excluded by the Federal Rules of Evidence because such evidence is cumulative and unduly prejudicial. This interpretation of the term “gang” or “gang member” is consistent with the First Amendment to the US Constitution. On the other hand, targeting an individual based on the “gang” label for mere membership in any organization is unconstitutional.

It’s a matter of semantics with tangible implications. Being put into a gang database does not mean that an individual is considered a gang member by statute because gang databases are intended only for investigation, not as evidence. So, a direct connection to criminal activity is not required before entering and individual into a gang database. The problem occurs when law enforcement makes a gang member determination based on the mere membership standard when enforcing statutes that legally require a direct connection to gang crimes.

Gangs, Due Process, and the First Amendment

Motorcycle clubs are First Amendment protected associations. Restrictions solely based on association in a motorcycle club violate the First Amendment. There is “no evidence that by merely wearing [motorcycle club] “colors,” an individual is “involved in or associated with the alleged violent or criminal activity of other [motorcycle club] members. It is a fundamental principle that the government may not impose restrictions on an individual “merely because an individual belong[s] to a group, some members of which committed acts of violence.” In fact, the Supreme Court has long “disapproved governmental action. denying rights and privileges solely because of a citizen’s association with an unpopular organization.” Healy v. James, 408 U.S. 169, 185-86 (1972). To impose restrictions on any person “who wears the insignia of [motorcycle club], without regard to or knowledge of that individual’s specific intent to engage in the alleged violent activities committed by other members, is antithetical to the basic principles enshrined in the First Amendment and repugnant to the fundamental doctrine of personal guilt that is a hallmark of American jurisprudence.” see Coles v. Carlini 162 F.Supp.3d 380 (2015)

This war of words and the perceptions they create are currently a determining factor shaping the future of motorcycle club culture because words have tangible impacts. In fact, the gang label has caused some law enforcement to unconstitutionally use membership in a motorcycle club as probable cause or reasonable suspicion for investigation or arrest without any particularized or specific justification. The recently common practice in some states of targeting and arresting members of clubs for possessing legal firearms based solely on alleged gang associations is another alarming example.

The 2016-2019 National Motorcycle Profiling Surveys (NMPS) demonstrate that members of motorcycle clubs simply do not fit the demographic profile of gangs or gang members. The NMPS, the only statistical attempt to quantify the motorcycle profiling epidemic in America, is an extremely reliable data set, with 99% reliability and a 1.4% margin of error.

Academic and government studies have long established that gang members are “less likely to be employed and more likely to not participate in the labor force.” (For an example see https:// www.ncjrs.gov/pdﬃles1/nij/grants/239241.pdf ) 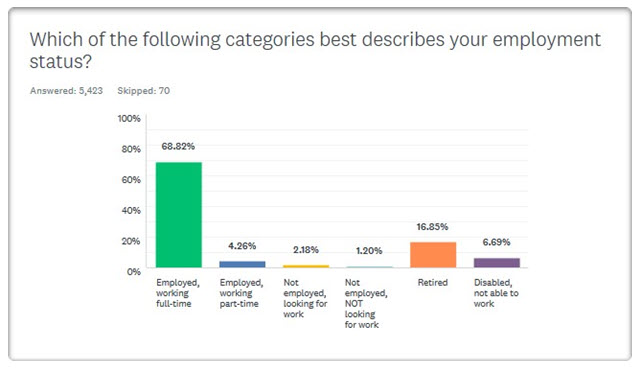 Employment demographics in motorcycle club culture are simply not consistent with gang membership or the broadly applied gang label by law enforcement or the news and entertainment media.

Although far less sensational than Sons of Anarchy or Gangland, the reality is that most members of motorcycle clubs, including 1% clubs, wake up in the morning, put their boots on, and go to work.

Political activism is protected expressive conduct under the First Amendment, not gang activity. Motorcycle clubs and their members are a very politically active constituency. and participate in the democratic process.

NMPS data establishes that 87% of motorcyclists voted in the 2016 presidential elections and that 86% voted in national elections over the last decade. This equates to millions of votes. The US DOT estimates that there are 8.6 million motorcyclists in the United States. 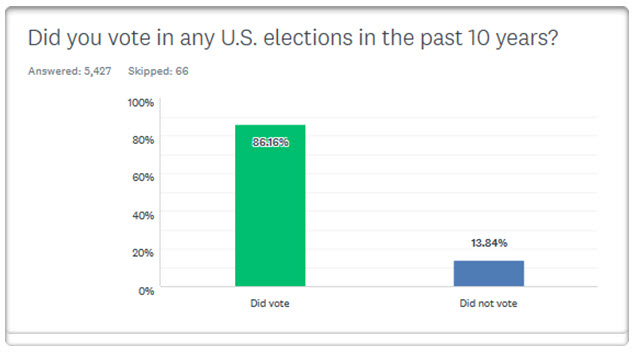 38% of MC members are Vets- This should be honored

According to the NMPS, 38% of survey participants were Veterans of the US Military. Such a large percentage of veterans politically active post their service is simply not indicative of gang membership. Instead of being vilified, the NCOC believes that these Veterans should be celebrated and appreciated for their sacrifices and service. 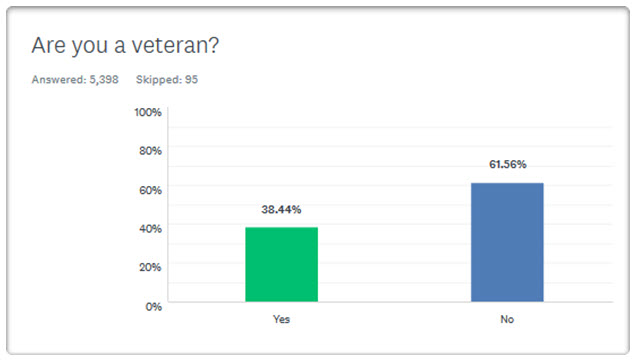 98.8% of MC members have no felony record

Statistically dissolving the stereotype law enforcement and the media attempt to sell regarding motorcycle clubs, only 1.17% of members of motorcycle clubs are convicted felons. That percentage is extremely low in such a large demographic, yet the gang label persists. News and entertainment media continue to sensationalize MC culture.

Individuals should not be labeled gang members merely because they are members of a motorcycle club, even a club in which some members have been convicted of criminal activity. Employing that standard would mean that every member of law enforcement and every US and State legislator would be criminals based on the actions of the few.

Consider law enforcement. All oﬃcers should not be condemned for the actions of the few, despite the fact that crimes committed by many oﬃcers have been well documented.

(Some even suggest more oﬃcers commit crimes than motorcycle club members. Consider recent statistics published by USA Today (April 26 & May 23, 2019) revealing the 85,000 oﬃcers investigated for misconduct nationwide, or the 30,000 oﬃcers banned from law enforcement in one state, only to become oﬃcers in another.) 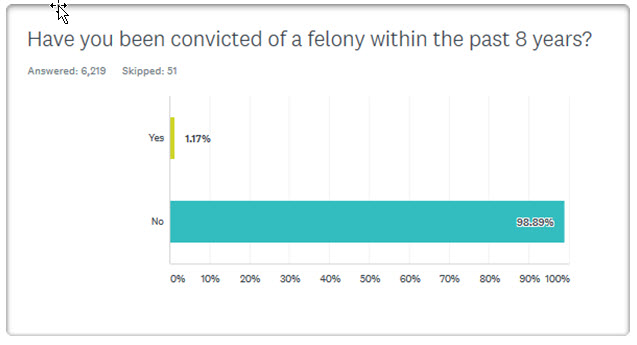 The First Amendment to the US Constitution protects an individual’s right to associate with whomever they choose and express that association free from government discrimination or persecution.

Although the gang label is a convenient way to characterize and vilify thousands of people simultaneously, the only statistical data in existence suggests that the gang label as applied to motorcycle clubs is highly inaccurate.

The post Why Motorcycle Clubs Are Not Gangs appeared first on Motorcycle Profiling Project.