Some local news media outlets payed attention and reported this outrage in response to further fear tactics being used. Nocco started to express concern over Paul’s funeral service on January 6th, and the local NBC affiliate balanced these warnings with the NCOC press release issued on January 5th. Based on reports of an MPP contributor on site, Nocco and law enforcement did not act on threats to harass bikers for traffic infractions during the January 6th memorial service. Instead, they served their proper function and even blocked traffic for the procession.

The local NBC1and ABC2 affiliates reported on January 5th that Nocco claims that hundreds and even thousands of outlaw motorcyclists from around the country were descending on Florida, and that law enforcement would profile club members for any little mistake in order to keep everyone in line at Paul’s funeral.

A visible law enforcement presence to deter another violent incident is specific and justifiable. Paul was shot and killed while sitting in his vehicle, in broad daylight, on a public road. Three members of another motorcycle club were arrested for the murder within hours. But to go beyond a deterant function with specific threats of selective enforcement targeting club members that have committed no crimes is simply deplorable. 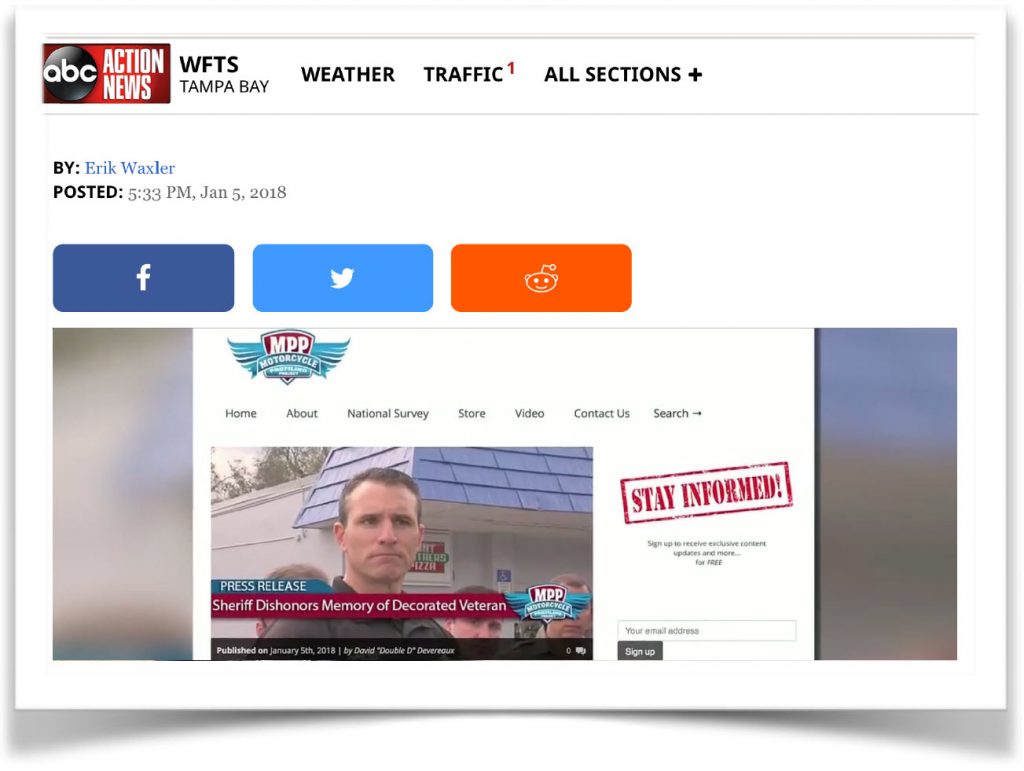 “The murder of Paul Anderson is a tragedy. Paul was an innocent and valuable human being and his memory does not deserve to be desecrated,” the National Council of Clubs said in a statement.

The NCOC says they are “outraged that authorities are using this tragedy to tarnish Paul’s memory and perpetuate fear that could impact innocent motorcyclists.”

But after the NCOC Press Release was reported in the local news media, Nocco adjusted his explanation and claimed that LE’s function would be confined to deference through visible presence. Nocco responds he just doesn’t “want trouble before or after the funeral.” Based on reports by attendee and MPP contributor Bobby Colella, law enforcement performed their function of deference through presence without incidents of harassment or profiling.

On 6 January, 2018 at around 1pm, on a sunny Sunday afternoon in New Port Richey, Florida, I was one of hundreds of motorcycle club members who pulled out from the Cross Bayou Chapter of the Outlaws M.C. clubhouse as part of the funeral procession for Paul Anderson.

In the lead were the police, with sirens blaring, then the bike with the hearse in tow, then a small pack of bikes, then a limousine with family members that was followed by the Outlaws M.C., who was then followed by various other clubs and riders who came to pay their respects. Two- by-two we rolled down the dirt road, over the bridge and onto the main highway.

As we pulled onto the main strip, we passed multiple police vehicles to include military tactical vehicles consisting of a HMMWV and a blacked out 5-ton (M939) cargo style vehicle.  They were parked across traffic lanes as mobile barriers. As the procession proceeded along the route, one couldn’t help notice the multitude of parked police vehicles and the squads of officers from local, state, and federal agencies that were strategically positioned along the entire route to Dobies’ Funeral Home.

Beyond the initial observation of the heavy law enforcement presence and the constant sound of a Pasco County sheriff’s helicopter overhead, was another presence, the presence of the American citizen. You could not help but notice the hundreds of people that lined the road.

Some we curious onlookers, some were people who were stuck in the traffic, but many were there very deliberately. They had their hats in hand, hands over their hearts standing at attention, and paying their respects to an American war veteran who lost his life in a senseless and tragic murder.

The paradox of an overwhelming police presence, tactical vehicles, helicopters and volatile press-briefings designed to not only criminalize an individual, but also criminalize an entire subset of the American population; overlaid with 100’s, if not a thousand Americans gathering from all corners of the country on a cold January afternoon to pay their final respects doesn’t make sense.

There is no doubt that if left ONLY with Nocco’s version of who Paul Anderson was, these people lining the roads wouldn’t have known the true person this procession was for.

Law enforcement as a whole did a good and safe job of blocking traffic and not harassing the participants. Though, they probably could have saved the taxpayers some money if they left the helicopter on the helipad! 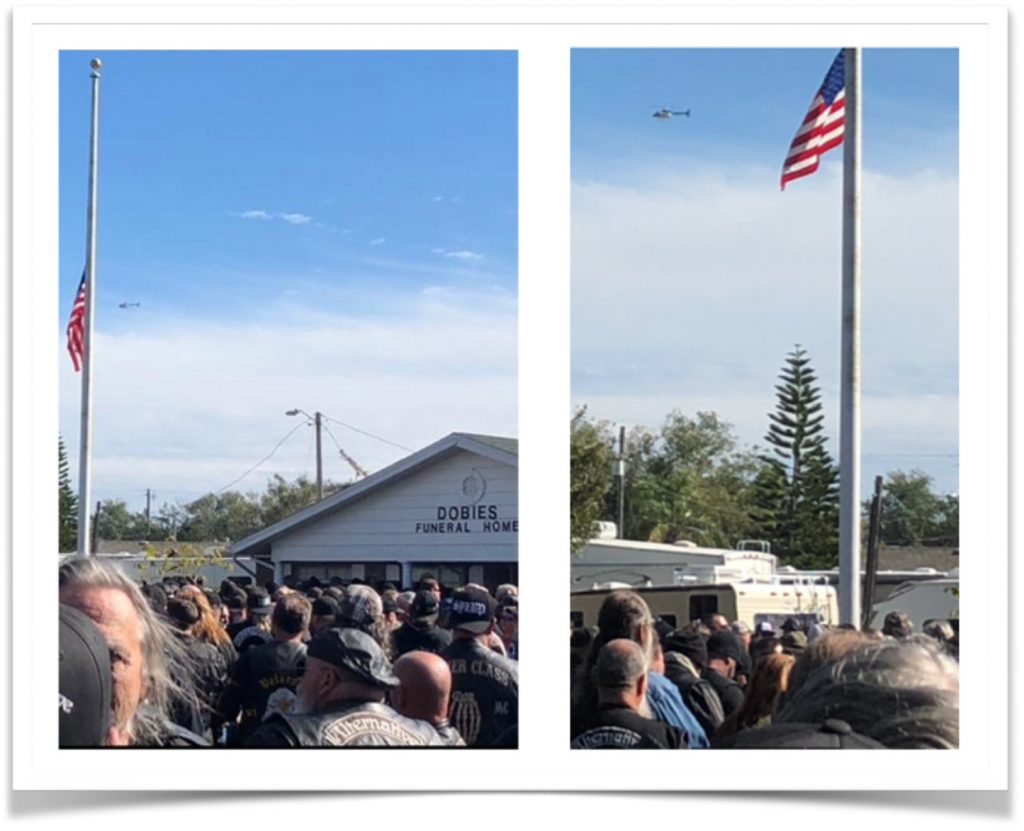